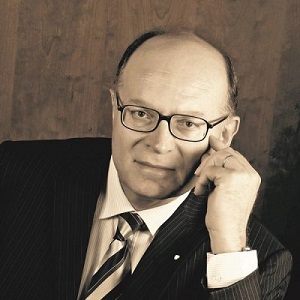 Professor Vardas had been the Head of the Cardiology Department at Heraklion University Hospital, Crete, Greece from 1990 until June 2016. His career started at the University of Athens, where he obtained his Medical Degree and his MD Thesis. During the same period, he specialized in Internal Medicine and Cardiology in the clinics of the same University. In 1985 he started working at the Westminster Hospital in London, Cardiology Department (director: Prof. Richard Sutton), where he stayed until 1989, focusing on Clinical Electrophysiology and Cardiac Rhythm Management Devices. In 1993 he obtained his PhD in Clinical Electrophysiology from the Charing Cross & Westminster Medical School.

In Greece, Prof. Vardas held major academic positions, such as Dean of the Medical Faculty of the University of Crete (2003-2007) and President of the Hellenic Cardiological Society (1999-2001).

Currently, Professor Vardas holds the position of Chairman of Heart Sector of the Hygeia Hospitals Group.

Prof. Vardas was awarded the Gold Medal of the ESC in 2014 and also the Silver medal of the International League of Humanists in 2008. He has been further honored as Invited Professor in several Universities and Honorary Member of a significant number of National Cardiac Societies.

Prof. Vardas has participated as an author in 635 publications included in the MedLine as well as in a considerable number of chapters of well-known medical books, the Text Book of the ESC being one of them. He has been a fervent contributor to the activities of the European Society of Cardiology for twenty years.