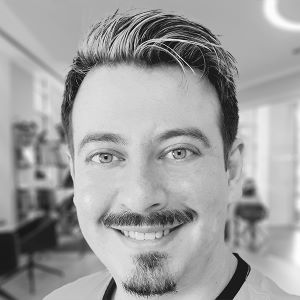 Alexandro Lucian was a very heavy smoker, consuming 3 packs of cigarettes a day for many years. After trying to quit (and failing) several times, including using gum, patches and medicine, in 2015 he learned about e-cigarettes (vaping) and finally quitted with ease.
After seeing first-hand what vaping had done in his life, he founded Vaporaqui.net, a website dedicated to share his story and to try to help others to quit smoking cigarettes.
The project soon became the largest source of information about tobacco harm reduction (THR) in Brazil with more than 300 written articles, several YouTube videos and many other social media initiatives.
Alexandro became a journalist and an activist specialized in THR, participating in national and international events, giving lectures, interviews and is greatly involved in the discussion for legislation and public health projects.
Recently was named president of DIRETA.ORG, the first association for consumers of nicotine in Brazil, a non-profit, non-governmental organization aimed to act as a center of information for THR.

Share articles :
Speaking at
Panel Discussion
THR challenges & prospect: From scientific evidence to people’s needs satisfaction
«Organisations representative»
We use cookies on our website to give you the most relevant experience by remembering your preferences and repeat visits. By clicking “Accept All”, you consent to the use of ALL the cookies. However, you may visit "Cookie Settings" to provide a controlled consent.
Cookie SettingsAccept All
Manage consent